In Congo, people’s perception of water purifier might be not sufficient. Their demand for water purifier was not too much because the national income was not high. In the shopping malls or on the streets, you couldn’t see any shops sold water purifiers. I asked some local people, where was the source of their drinking water? They said rich men all bought bottled waters to drink.

Second, the market of bottled waters.

In Kinshasa, there were 28 different brands of bottled water. Coca-Cola’s bottled water brand was called Dasani here, and there were the other brands like Canadian pure, Swissta, and American water etc.

If you would like to know the water quality analysis in Kinshasa, Congo, please download this and it is free：https://goo.gl/HRtTSE 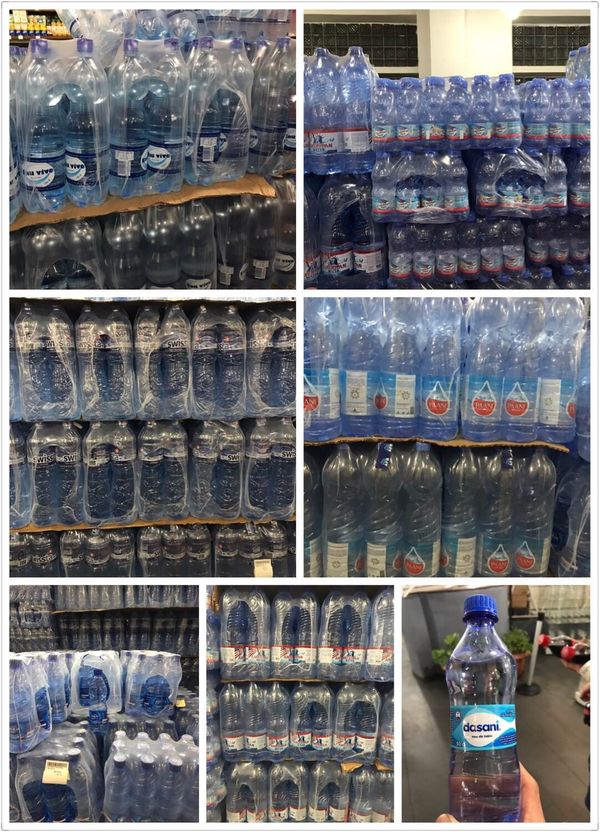 Third, there are rich mineral deposits in Congo.

Congo’s copper mines yield was the second in the world. There were rich deposits in this region, such as gold, diamond and cobalt.

According to the local bottled water manufacturers, people lived in the suburbs took water from well. Even bottled waters were also making by underground water.

Because there were rich mineral deposits here, the heavy metal content of underground water was very high. The local residents were likely to get heavy metal poisoning, so we needed to watch out for this.

In Congo, the Congo River was rapid, so people could development hydroelectricity power. It accounted for 90% of total electricity generation. However, the power plants’ machines were too old, so power failure was a frequent occurrence. When I was waiting for the plane in Kinshasa, I ran into once of this.

Fifth, the national income in Congo.

In Congo, blue collar’s average wage is between US$ 100-150 a month, and white collar’s salary is about US$ 200 a month. (This information was provided by Mr. Yang who was a chairman of the bakery.) However, police officer’s wage is only US$ 50. It caused a lot of corruption. Most of our members were asked for bribes when we entered Customs. I even paid US$ 20 to leave Congo.

Sixth, the poorer the country is, the dirtier the bills will be.

I have been to Nigeria. Every bill was old and unclean there, and the same thing here. 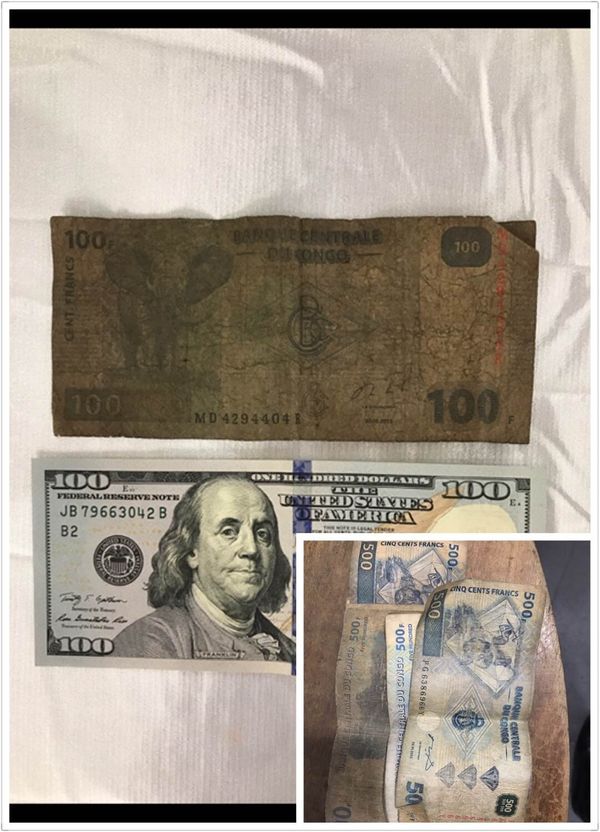 Seventh, one of the most dangerous country in Africa.

According to the information of Wikipedia, Congo is the one of the most dangerous country in Africa. Supermarkets needed to hire a policeman to stand at the door with a gun. In Kinshasa, even Mr. Yang who run a bread factory had to hire six armed policemen to guard 24 hours. When the Taiwanese supervisors went out, they must have bodyguards with them.

The receptionist asked me twice did I need a bodyguard when I would like to go dining and go to supermarket. It’s the same as Philippines and Nigeria. This country is not only danger, but also Customs corruption is an issue. Even getting through

Customs would get obstacles, how could this country be respected and progressed? 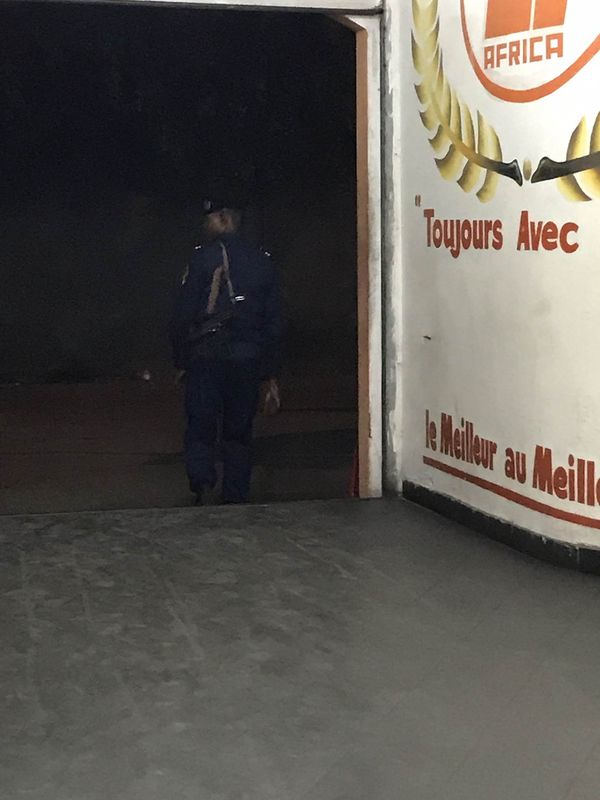 Last, the traffic in Kinshasa.

I had traveled to Africa a lot of times for business, but I never saw a traffic jam like this. Kinshasa’s traffic jam situation was more serious than Cairo’s. On a six-lane road, cars could drive on the wrong side just because of the traffic jam. Cars from opposite side even drove to our road, and occupied two lanes of us.

According to the local driver, the people who lived in here believed in Catholicism. They went to church at 4:30 p.m. on Sunday. When we arrived, they just ended.

After two days (it’s on Tuesday), I went to airport to take plane. I was afraid of traffic jam, so I departed six hours before schedule. Though it wasn’t Sunday, it was still a lot of cars on the road. I found that the six-lane road didn’t have traffic light, no wonder it always got traffic jam. I heard that the Boulevard Lumumba was built by Japanese. I don’t know if the Japanese architects knew this situation, would they have any feeling? 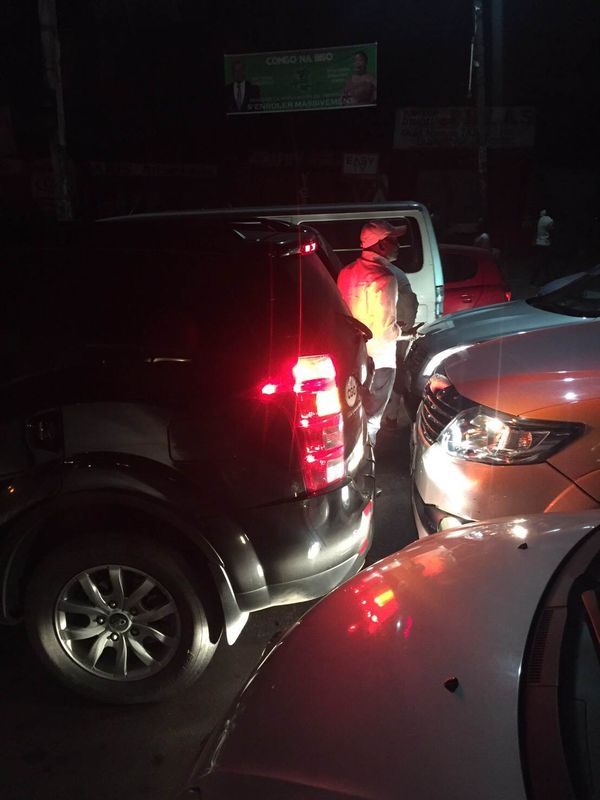 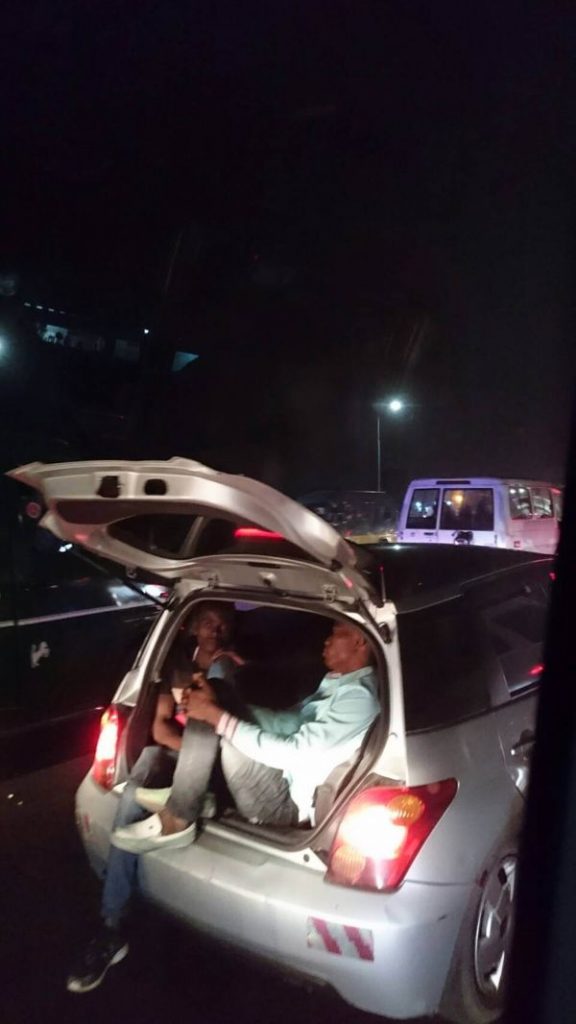 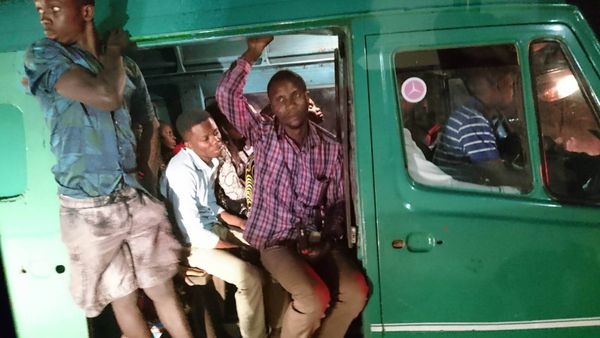 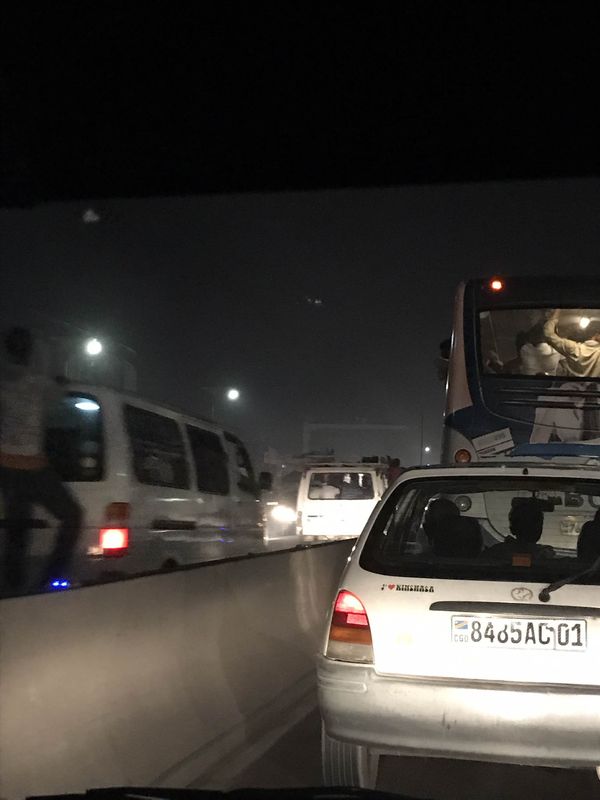 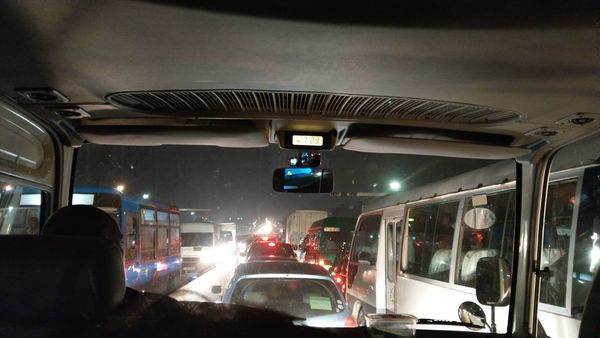